Surrounded by scenery and steeped in history

Tyllwyd Farm is situated on the mountain road from Rhayader to Devil's Bridge amid spectacular mountainous scenery, and lies within the Cambrian Mountain SSSI, an European designated Special Area of Conservation, and lies at the geographical centre of Wales. We are also in a newly designated International Dark Sky Park.

Tyllwyd has been the home of the Raw Family since 1820. The first James Raw moved here from Melbeck in Yorkshire, and was Captain of the Cwmystwyth Lead Mine for 40 years, indeed the uppermost western adit was named after him. In the 17th century the farmhouse was a coaching Inn -The Lisburne Arms. Captain Raw was also a farmer and kept a flock of Welsh mountain sheep, ponies and cattle. 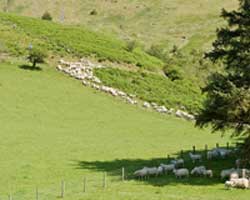 Gathering Sheep off the hill 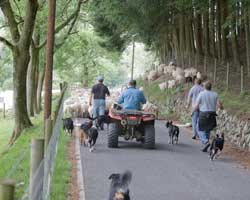 Sheep Arriving down from the hill

A hefted flock of Welsh Mountain sheep and limousin suckler cows are still our main enterprise today. We also have converted a courtyard of stone outbuildings into 8 shorthold tenancy properties at Nanteos - our lowland farm near Aberystwyth. 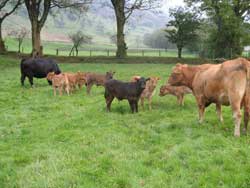 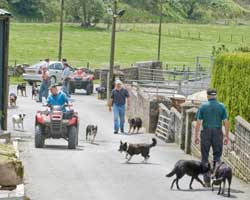 sheep safely in the pens, the dogs and shepherds relaxing 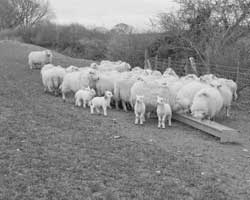 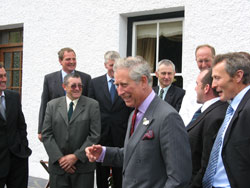